When is public lewdness not lewd? Answer: when it’s police entrapment

I don’t normally care about sex scandals with US Senators, but the Larry Craig incident reminded me of an incident that happened to a friend. 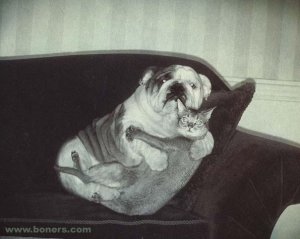 Larry Craig, for those of you who don’t know or care, was a Republican Senator who was trapped by an undercover policeman in a airport bathroom. His crime was tapping his neighbor’s foot in the adjacent stall, which apparently was a signal to engage in homosexual activity. Larry Craig pled guilty to avoid publicity, the charges were merely a misdemeanor, which in the U.S. is pretty much equivalent to a traffic ticket.

When it was exposed, the Republican Party pressured Craig to resign, and Craig, while initially resisting, finally agreed. A few days later, he changed his mind again. He intended to appeal the initial guilty plea even though to do so is highly unusual.

I don’t know if Craig was gay or if Craig intended to have sex with this stranger. But a few years ago a friend from the East Coast related a story that is strikingly similar.

This friend (Let’s call him E.) worked with a small publishing company in the East Coast and was gay by his own admission. E. never advertised the fact, and in fact he never discussed it except among old friends. E. was not in a relationship at the time, but he visited a park known to be a place where gay men picked each other up. E. visited the park for precisely that reason (he later told me at the time). I considered E. a decorous and basically law-abiding person. Yes, this sort of hanky panky initially surprised me, but I knew that E. would have done it with maximum of discretion.

E. stumbled upon a man whom he found attractive, and they struck up a conversation. They were both seated and talked for a while, and then in a somewhat forward gesture, my friend put his arm on the other friend. I can’t remember the specifics; maybe they were in some indoor part of the park, or maybe they were in a park bench; maybe they were standing; these details are not crucial to the story. I vaguely remember the policeman claiming E. touched him on the leg while E. claimed he touched his arm.

At that point, the man showed his police badge and brought E. to the squad car to write up the citation. I can’t remember if he was actually under arrest. But my friend was absolutely furious; though he was certainly polite and soft-spoken and articulate, the policeman basically cut him short and told him to take it up with the judge. For E., the situation was a nightmare. He didn’t mind admitting he was gay to close friends, but rarely if ever publicized it or talked about it to acquaintances.

I wasn’t there at the event, and I can’t read E.’s mind, so I really can’t say exactly what  may have happened. But even though E. was looking for some sexual dalliance, he would have never dreamed of having sex in a public place…and certainly with no one around. And yet the entrapment situation accused him of doing precisely that. E. felt convinced he was in the right…and I agreed. But the process of having to hire an attorney and debate it in a public courtroom was highly embarrassing to him. Later, E. learned the citation was only a misdemeanor and could be handled entirely through the mail. It would never appear on his permanent record. In other words, he could pay the fine and never have to worry about it again.

So he paid the fine. Yes, he had to plead guilty. And yes, he wouldn’t have a chance to fight this injustice. But he recognized that the low cost of this offense decreased the incentive for people to fight the charge. He discussed the matter over the phone with me for about an hour, and my friend twirled around all sorts of arguments about the illegitimacy of the charges. He was furious and resigned…but still would not fight it. I urged him to write an anonymous letter to the paper or the City Council. But no, my friend thought it would be futile to do so. That area of the country was conservative, and besides, nobody has sympathy for people looking for quick gay pickups (even if their rights were violated).

But imagine if the genders were reversed. Imagine the undercover cop were a beautiful woman hanging out at a bar or at an informal public setting like the beach. Imagine that this woman were especially friendly and responded to your attentions. If a man were to put his hand on hers or to touch her shoulders, isn’t that also public lewdness? I consider myself a sheltered person when it comes to sexual adventures. I honestly don’t know if pickups happen as often as people  suppose. But it certainly seemed reasonable to think that two ordinary strangers would touch one another on a first meeting in a public place; that didn’t mean they were intending to have sex on the spot! More than likely the real action would take place off in a car or an apartment bedroom. Maybe some people get off on doing it in public…and I guess that needs to be stopped, but in most cases, the culprits are not strangers but boyfriends and girlfriends having a crazy time.

This raises an interesting question. Is there something lewd about groping in a car? Cars can be in public spots (on streets, for example) and yet be relatively isolated. Inside a car you have a degree of privacy while occupying a public space. And what about on a train or bus? It is confusing.

The problem with the charges to Craig or to E. is that no public lewdness actually took place. All that took place is ambiguous touching. I believe police officers should concern themselves only with those people who are actually having sex (and where the evidence is incontrovertible). By stopping these entrapment exercises, one can avoid pointless arguments about what might have taken place and concentrate on what what did.

Fun and embarrassing personal anecdote. After writing this, I just remembered a very embarrassing incident from my high school days. My girlfriend and I were — how shall I say? — affectionate sometimes in my car. We parked in remote parking spots and were paranoid about being caught. That never did happen except one time at the Rice University parking lot. A Rice U. police scared us to death by banging on my car window. Yes, he caught us in flagrante delecto. We were in the middle of — I kid you not — playing Dungeons and Dragons! We had our rulebooks and dice and graph paper laid out across the seats. Now at other times and places we did other things in that car, but on that occasion, we were playing Dungeons and Dragons and nothing else. (A geek girl who plays D&D was every man’s dream!)

I don’t know what I found more embarrassing — being caught or being caught NOT making out with her. I think the police officer viewed me with pity.

Postscript: Seinfeld describes the Larry Craig incident as one of the greatest things ever to have happened in the history of comedy.

Next post: Memo to U.S. Soldiers: Stop Raping Other Soldiers!